Posted on November 9, 2018 by Jordan @ moneymaaster.com 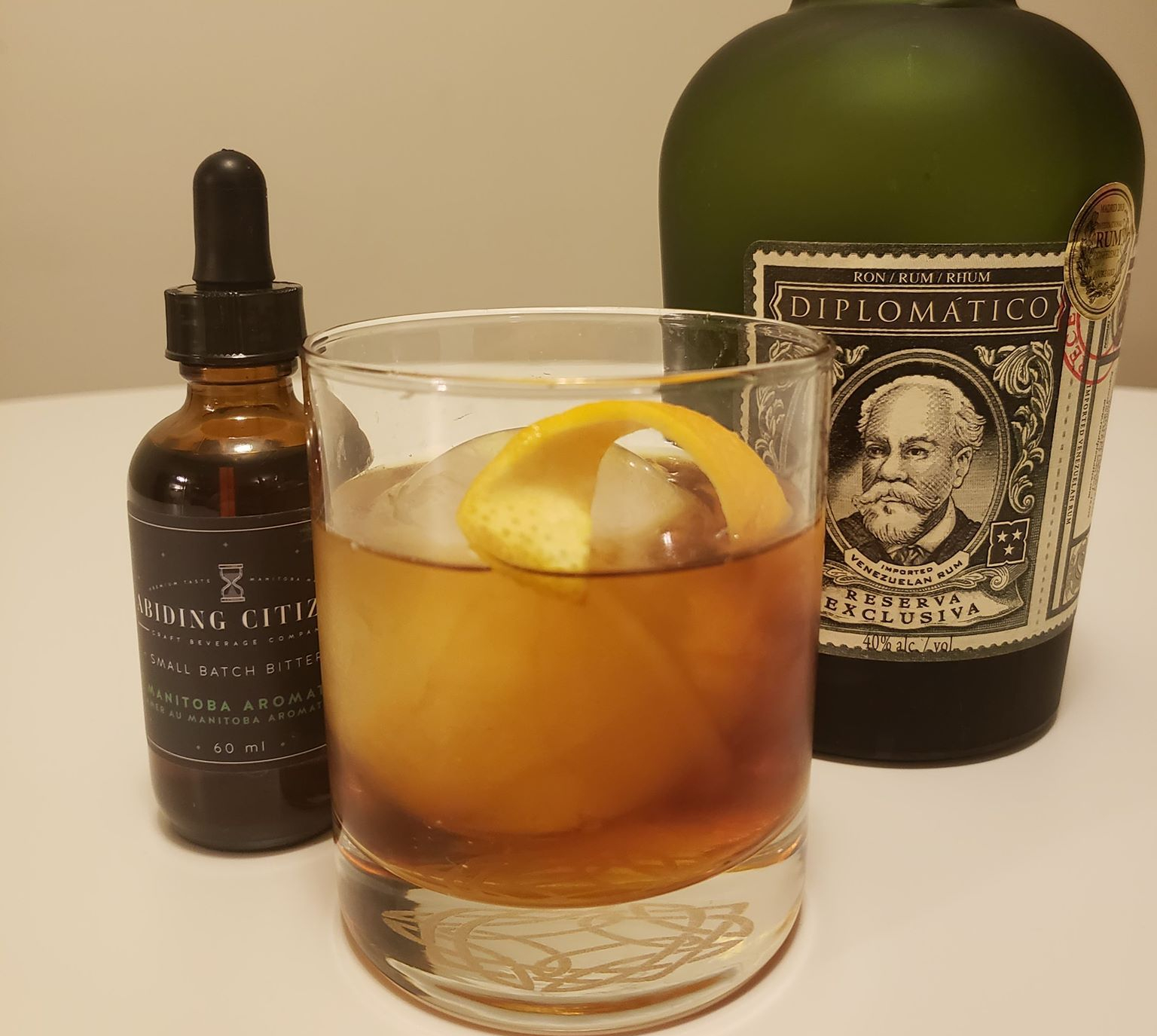 For “Old Fashioned Week” I decided I wanetd to try and create my own version of the classic drink.  I needed some inspiration….

I’ve always looked up to my older cousin. He is now a Canadian Diplomat and an all around amazing guy (even though he once traded me a worthless Pat Falloon hockey card for my Paul Kariya rookie card).
I have since forgiven him, and decided to make a drink in his honor.

I wanted to make a drink that resembled him as close as possible so here it goes:

Stirred on ice, and strained into an old fashioned glass over a large ice ball. Finished with an orange twist.

My cousin is also known for always wearing formal clothing, ties, suits, etc -even to non formal events…so I decided to stage one photo for him as well:

Pretty sure I enjoy "snack time" more than the kids....
Finally killed this bottle last night with some friends over and a bonfire while discussing politics, covid, capitalism and humanity. It felt good to see people in person again and engage in adult conversations (or as adult as we like to believe we are).